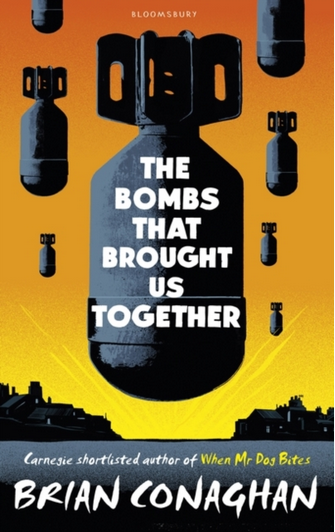 “Keeping going after all those rejections could seem a bit stupid. I just thought people have hobbies, don’t they?” - Brian Conaghan

It was great to see fellow Scot, Brian Conaghan, pick up the Costa Children's Book Award this week for his book The Bombs That Brought Us Together.  I hadn't heard of Brian previously, but aside from being pleased to see great Scottish talent get the recognition it deserves, I was struck by the back story of his career.

You see after only starting to write in his 30's, Brian had 217 rejections before securing a publishing deal with Bloomsbury.  And yet he didn't give up and now finds himself gaining much-deserved recognition for his work.  In an interview with The Scotsman, Brian explained that he decided to treat his work as a sideline that may or may not pay off...“Keeping going after all those rejections could seem a bit stupid. I just thought people have hobbies, don’t they?”.

Brians first novel When Mr. Dog Bites, about his diagnosis with Tourette's syndrome, was also shortlisted for the prestigious Carnegie Medal in 2015.  All of this from a guy who left School with few qualifications and who found himself initially training to be a painter and decorator before moving on to become a teacher.

Perhaps in the future I'll get to ask him, but for the moment, I can only wonder (and take inspiration from) how he managed to keep going in spite of all of the knock-backs.  To keep creating by embracing his work as a hobby.  To keep controlling his 'lizard brain' until the 218'th person read his letter and said yes.  Brian's story is a testament, should we need it, that side-projects matter... perhaps more than ever.